Gaming is a big business, one of the biggest in entertainment. Blockbuster movies may dominate the headlines, but games are making higher profits. Every day more people are picking up pads and trying a game for the first time. Here are three ways you can get started.

Video game consoles are standalone systems that connect to a television to play games. If you were a child in the 80s or 90s, you will know them well. The old days of consoles saw Nintendo and Sega trapped in a battle for supremacy, but now the two big contenders are Microsoft and Sony.

Are you Xbox or PlayStation? This is the question that console gamers often ask one another. Most gamers stick to one format or the other, but there is nothing to stop you from having both and adding a Nintendo machine for a third.

Every five or ten years the generation of consoles advances, and the graphic quality and size of the games increase. The latest machines compete on a level playing field with specifically designed games PCs and only the most expensive custom-built gaming PCs can beat their performance.

The connoisseurs of the gaming world often choose gaming PCs over consoles, though many PC gaming enthusiasts will have a PlayStation or an Xbox on a shelf somewhere. Many hardcore gamers have been slowly adding to their setup for years, and each part has been updated over time.

Gaming PCs have become big business with many of the largest PC manufacturers creating product lines and brands dedicated to giving gamers a PC Gaming Setup that plays the latest games straight out of the box. This blends the convenience of console gaming with the power of PCs.

PC gamers face a similar problem to console owners, but they have a wider range of options to solve it. Like consoles, gaming PCs will need to have their hardware updated in five or ten years. They can do this incrementally by replacing parts over time to reduce costs, and they can update to lower-priced though less powerful components to save money at the price of performance.

If you want to dip your toes in the gaming waters, you may already have everything you need to get started. Smartphones are incredibly powerful computers and can perform at similar levels to a basic laptop. Mobile gaming is the fastest-growing sector of the industry, and there are more high-quality games to play on your smartphone than ever before.

Playing games on a smartphone is often the gateway to regular gaming for casual players. What begins as curiosity grows into a fandom, and there is no zealot like a convert. Mobile gamers are evangelical about their experiences and spread the word to potential gamers that consoles and PCs struggle to reach.

This is one of the reasons why mobile gaming is growing so quickly. There is no longer an entry fee to games, as people already have smartphones and many of the games available are free to play. Getting into gaming doesn’t require an investment anymore, so more people than ever are playing.

Once you have settled on a way to play, all you need are the games. There are plenty of free games available across all platforms so there is nothing to stop you from diving in today. 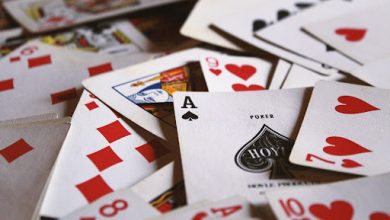 Slots The One Indonesian Gambling Games